The plan to ban work emails out of hours

Should governments step in to regulate work emails and so rescue harassed staff from the perils of digital burnout? The answer in France appears to be "Yes". President Francois Hollande's Socialist Party is about to vote through a measure that will give employees for the first time a "right to disconnect". 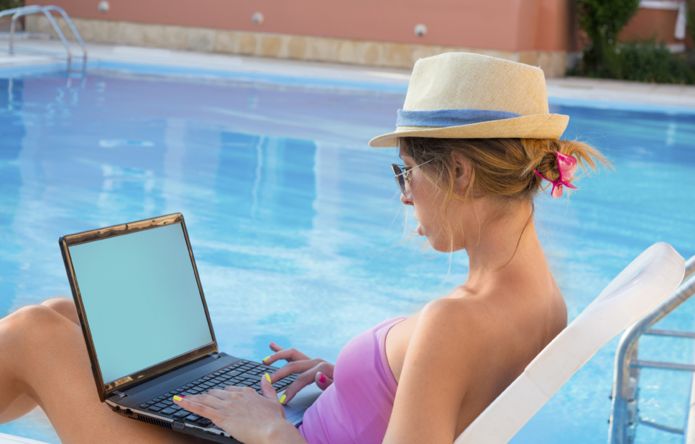 Companies of more than 50 people will be obliged to draw up a charter of good conduct, setting out the hours - normally in the evening and at the weekend - when staff are not supposed to send or answer emails.

Much mockery was made in the foreign press when the proposal was first mooted, with images of hawk-eyed work inspectors snooping on the industrious.

But the French government says the problem of permanent connection is universal and growing - and that intervention is needed.

"All the studies show there is far more work-related stress today than there used to be, and that the stress is constant," Socialist MP Benoit Hamon tells me.

"Employees physically leave the office, but they do not leave their work. They remain attached by a kind of electronic leash - like a dog. The texts, the messages, the emails - they colonise the life of the individual to the point where he or she eventually breaks down."

The measure is part of a labour law - named after Labour Minister Maryam El Khomri - many of whose other provisions have sparked weeks of protests in France. The "disconnection" clause is about the only part on which there is consensus.

Few - in France or elsewhere - would disagree that work-home encroachment is a troubling by-product of the digital revolution.

"At home the workspace can be the kitchen or the bathroom or the bedroom. We shift from a work email to a personal WhatsApp to a Facebook picture to a professional text - all on the same tool," says Linh Le, a partner at Elia management consultants in Paris.

"You're at home but you're not at home, and that poses a real threat to relationships," she says.

Le says the businesses she advises are increasingly aware of the dangers to staff. The most extreme threat is so-called burnout which she describes as "physical, psychological and emotional distress caused by a total inability to rest".

But apart from wishing to spare their suffering, companies also need employees to be creative. And this is less likely, says Le, without regular downtime.

She applauds a US insurance company that has given workers sleep monitors and pays them a bonus if they get 20 consecutive nights of good sleep.

"It shows how good companies recognise the importance of not harassing workers at home.

"Here in France we speak of the two types of time, as defined by the Greeks: chronos and keiros. Chronos is regular, divisible time. Keiros is unconscious time… creative time.

"Keiros is essential for productive thinking, and good employers know they need to protect it."

But will the law work? Many have doubts.

Sales manager Tiphanie Schmitt says this idea is fine - it helps to get people to talk - but she would resist any government interference in the way she does her job.

"I do sales. I like doing sales. It means I use email late into the evening, and at the weekend. I don't want my company preventing me from using my mail box just because of some law," she says.

Similar views can be heard expressed at the Bowler pub near the Champs-Elysees, a hang-out for financial and computer workers.

"I think [the right to disconnect] is wonderful for improving the human condition but totally inapplicable," says software writer Gregory.

"In my company we compete with Indian, Chinese, American developers. We need to talk to people around the world late into the night. Our competitors don't have the same restrictions.

"If we obeyed this law we would just be shooting ourselves in the foot."

Olivier Mathiot of PriceMinister says the issue should be addressed by education rather than legislation.

"In France we are champions at passing laws, but they are not always very helpful when what we need is greater flexibility in the workplace," he says.

And according to Linh Le at Elia Consulting, the law will be very quickly made irrelevant. "In a few years' time emails will have ceased to exist," she predicts. "We'll have moved on to something else."

Even cheerleaders such as the MP Benoit Hamon admit that the impact of the law will only go so far - as presently drafted there is no penalty for violating it. Companies are expected to comply voluntarily.

But almost everyone in France agrees that the subject of communications overload is one that needs to be on every employer's agenda.

I’m looking for an investor partner for utilization of a 220 000 square meter land that is near Budapest 1 km far from the Danube. Or in any other case...